The most widely spoken languages from around the globe

Have you found your native language? 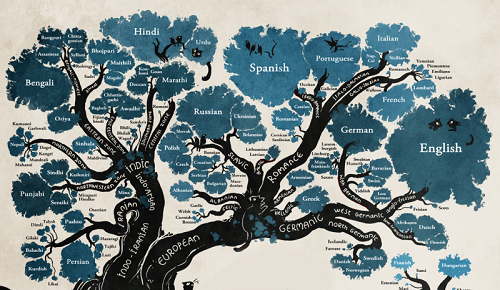 Every day people speak 7000 languages, but just 23 languages completely dominate the rest. And they are spoken in just 100 countries of the 251 on Earth. More than 4.1 billion people speak these 23 languages today. This is equal to 60% of the world’s population. These numbers will help you to understand the importance of each language. They will help you decide into which language you should localize your new project in order to reach your target customer.

The graphic below was created by the South China Morning Post (the primary English newspaper in Hong Kong). It depicts a very interesting perspective of the 23 main languages in the world, and which countries speak them. The size of each region refers to the number of people in the world that speak each language and the color refers to the etymological relations between them. 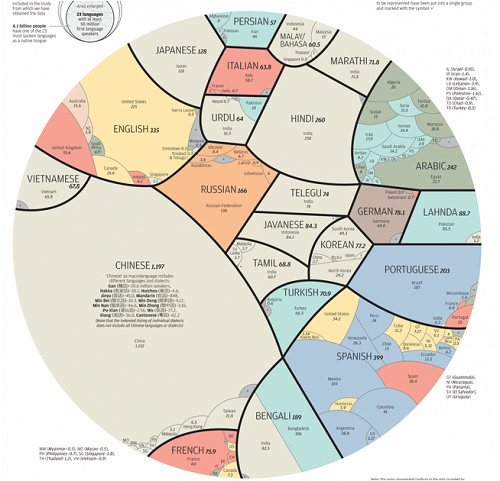 For example, you can see the dispersion of countries that speak Spanish as the first language and compare it to the uniformity of English, and to an even bigger extent, the uniformity of Chinese. English is spoken in 110 countries, but the picture shows that only in 13 it is the number 1 language of the population. Chinese is spoken in 33 countries in total, and Spanish in 31. English, despite not being the most spoken language in the world, continues to be the most studied language. 1.5 billion people study English, according to Ethnologue: Languages of the World. In comparison, 30 million people study Chinese and 14.5 million study Spanish.

Below you can see another interesting graphic that was created by the illustrator Minna Sundberg. In this lovely genealogical tree, the main languages of Indo-European origin are shown. Unfortunately, as Sundberg says, it was impossible to include all of the small languages that are spoken in Europe, but the tree conveys a very concrete idea of the most spoken languages used by more than 1 million people. The size of the branches corresponds to the total recorded speakers before year 0. 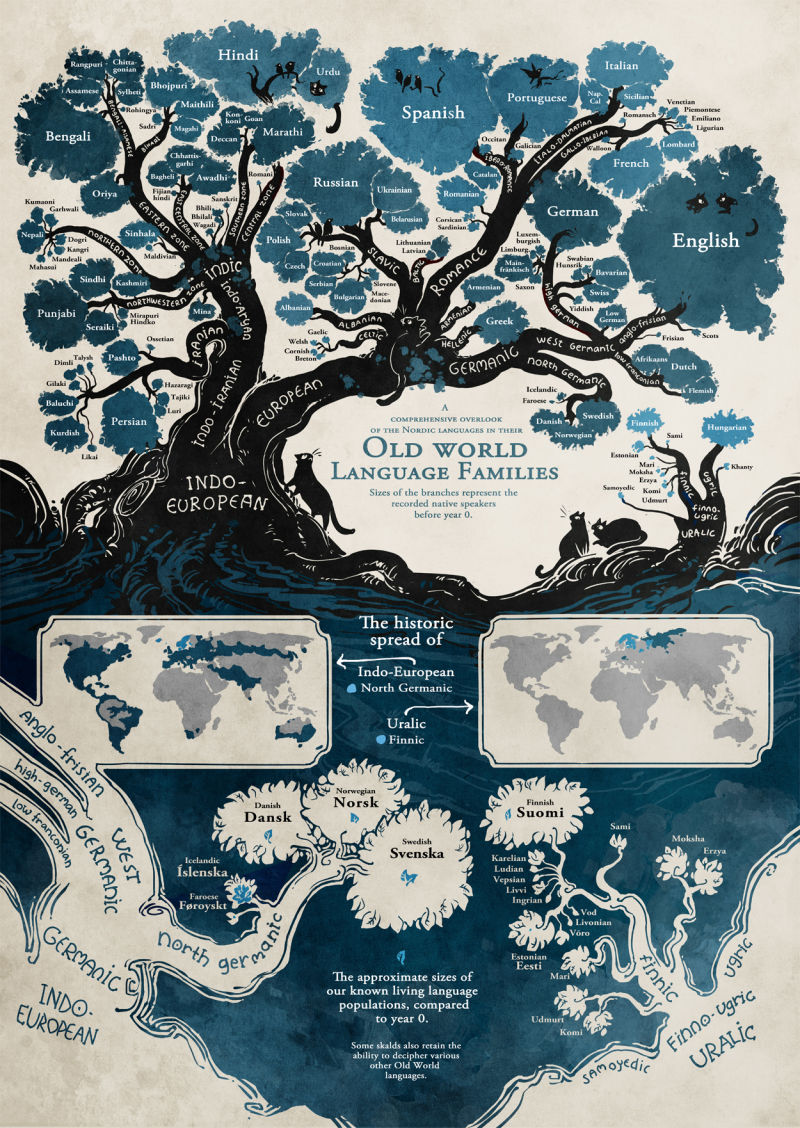 By comparing these two images, you can make your own conclusion – which languages are the most spoken in the world – and you can decide which of them are best suited to your localization and translation project.

Have you found your native language?