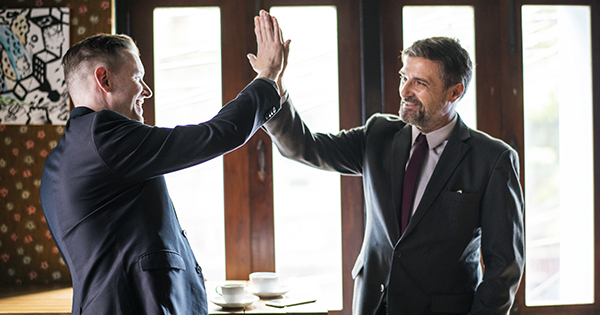 WHY TRANSLATION INTO SPANISH IS IMPORTANT: TIPS FOR BUSINESSMEN

Relations are based on trust in Spain. Everyone intending to do business will want to find out how trustworthy their partner is. It’s very common for people to try to establish some communicative exchange to know more about the person they might do business with and create togetherness (unlike the Chinese) before they start any business relationship. You might be asked questions about yourself, your family, and life.

In general, the meeting will take place in the company you’re trying to establish contact with. Otherwise, it can also be arranged in a café or restaurant. Typically, these meetings are not held to come to agreements about matters, but to communicate decisions that have already been taken.

Appearance is very important in Spain, especially in business negotiations. Dress code is in line with European dress norms, but your clothes should preferably be stylish, elegant and branded. Go for dark colors in winter and light colors in summer. Avoid flashy colors.

As in the rest of Europe, hierarchy is very important in Spain. While in business transactions you will deal with a person in same position as yours, final decisions are always made by people in charge of them —generally by the person in the highest position.

Appointments should be made in advance. Don’t forget to confirm the meeting 2-3 days before the scheduled date. The Spanish may arrive late at the meeting, but they assume you will be punctual. It’s better to arrive 20 minutes before the scheduled time. Make sure that agendas, your company presentation, and your formal proposal are available both in Spanish and English. Prepare them beforehand and translate them to Spanish. To make sure this work is adequately done, you may hire a professional translation company.

Many Spanish people speak English, but sometimes misunderstandings may arise. Therefore, hiring a Spanish interpreter to ensure mutual understanding is also an option. In addition, before the meeting, you can learn some Spanish words to make a good impression on your Spanish partners. They will love it!

Although shaking hands is a very common way of greeting, don’t be surprised if you see someone kissing another person’s cheek while greeting. Regarding interpersonal distance, people in Spain stand very close while talking. Remember that the Spanish are well-known for being extroverted, talkative, and very expressive —so much so that sometimes it seems they speak by means of their hands.

While negotiating with them, be patient, because decisions are not made hastily. Every stage of the negotiation process takes time. Conversation can be colored by light jokes —only be careful not to offend anyone. People in Spain appreciate personal pride and modesty.

SOME TIPS TO BE READY FOR DINING

In Spain it is very common to have business meals. Business dinners usually start at 9 p. m. The person who sends invitation is expected to pay for it, but you can tell them next time it will be on you. Most probably you will not discuss business issues during meals. Remember to avoid using your hands while eating —only fork and knife even if you eat fruit. When the dinner is finished, don’t leave the table, because Spanish are used to having “sobremesa” —time they spend chatting after meals. And last but not least, don’t waste food; just order what you are going to eat. If you follow the standard rules, your negotiations in Spain are more likely to be successful!